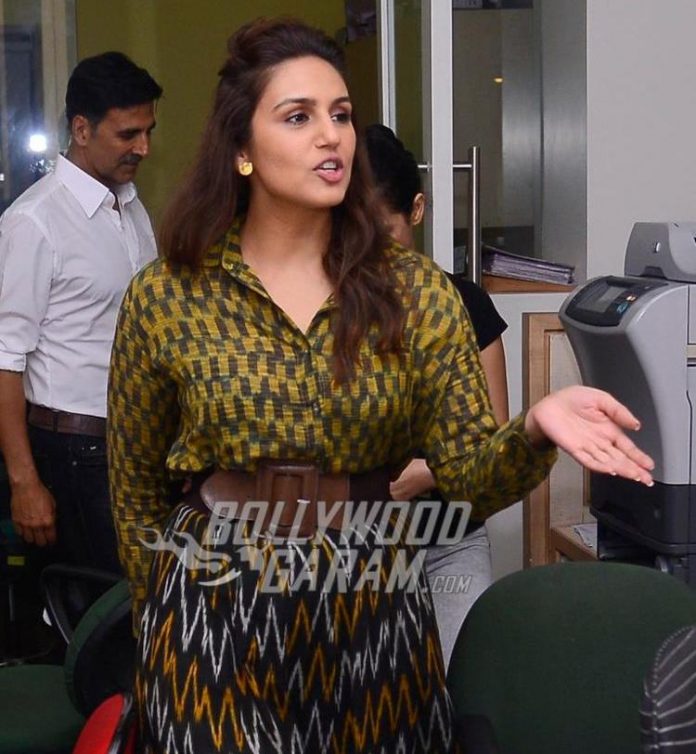 Jolly LLB 2 promotions begin
Makers of the movie ‘Jolly LLB 2’ have geared up for the promotions as the release date is just round the corner. Actress Huma Qureshi was snapped at one of the promotional venues and looked fabulous in an olive green and black outfit.

‘Jolly LLB 2’ is the sequel to the 2013 movie ‘Jolly LLB’ which starred Arshad Warsi and Boman Irani. The sequel will have Arshad playing a cameo role. The upcoming courtroom comedy drama flick is written and directed by Subhash Kapoor and has Akshay kumar and Huma in lead roles. Akshay will be seen playing the role of a struggling lawyer.
The music for the film has been composed by Manj Musik, Meet Brothers, Vishal Khurana and Chirantan Bhatt and the full movie soundtrack was released on January 13, 2017. The movie also stars Saurabh Shukla, Annu Kapoor, Manav Kaul, Inaamulhaq, Nikhil Dwivedi and Sanjay Mishra.
Akshay Kumar has constantly proved himself in the comedy genre and there are plenty of expectations from the movie. The Fox Star Studios production is all set to hit the theatres on February 10, 2017.
Photo Credits: Viral Bhayani