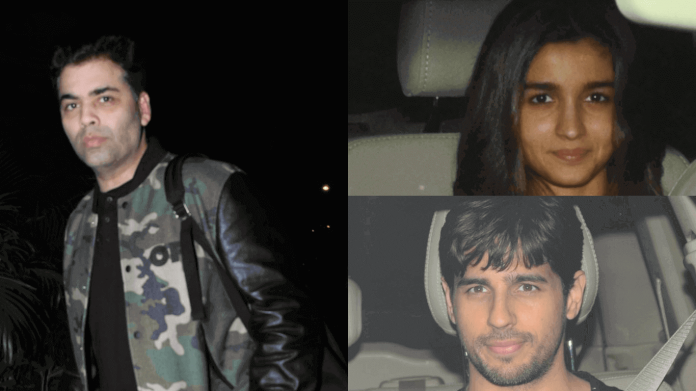 Siddhart Malhotra, Alia Bhatt and Neha Dhupia were also seen arriving at the private party.  This bash was thrown byKaran Johar to celebrate the success of his recently launched biography, An Unsuitable Boy.

Kareena Kapoor Khan was back in action at her friend, Karan Johar’s terrace party on Tuesday. She is often seen spending quality time with her close friends and Tuesday night too turned out to be party time for her. She was seen in a beautiful orange dress which made her look gorgeous. She arrived at the venue along with hubby Saif Ali Khan.

Amrita Arora too, was seen arriving at Karan Johar’s residence for the bash.

We hope you enjoyed this gallery! Stay tuned for latest updates only on Bollywood Garam!