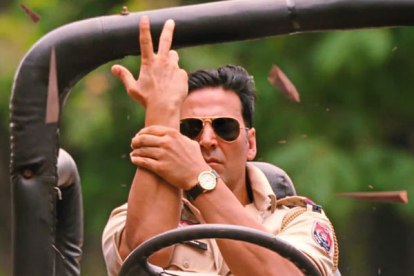 Bollywood’s stunt star Akshay Kumar is all set to release his latest movie ‘Khiladi 786’. The actor has also invited the Pakistani Media for the movie’s press conference, so as to reach out to more fans in the neighboring country.

The ‘Mohra’ star is all set to return to the ‘Khiladi’ genre and has decided to cross borders to reach out to more fans outside India. The press conference for the new flick is set to be held over the weekend.

The filmmakers have planned a Live Video Press Conference, where Akshay will be seen interacting with the Pakistan media live from Mumbai. The decision to invite the media from Pakistan was taken considering the number of ‘Khiladi’ fans in the country.

The Pakistani Media will be hosted at The Royal Palm Golf & Country Club in Lahore, Pakistan and the Live press conference will be set up on November 4, 2012 at 2:30 pm. This might even be the first time that such a cross-country press conference has been organized to promote a film. Akshay became popular in the 1090’s with the ‘Khiladi’ movies, which became a hit with moviegoers across India.