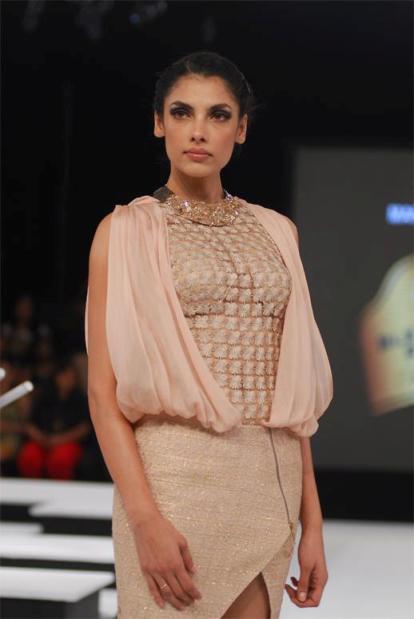 After travelling to six cities with about 50 shows, the Blenders Pride Fashion Tour 2012 has concluded in Mumbai over the weekend. The designers who participated this season ventured into creative territory to produce their best work yet.

The designers dressed their Bollywood showstoppers in everything from bridal to prêt this year. The second day of the tour concluded with a post-party at China House, while the models were seen partying at a separate enclosure. Shantanu and Nikhil Mehra hosted a private dinner for friends as well.

The celebrities who walked the ramp included Sania Mirza who was cheered by friend Rakshanda Khan. Back stage, the celebrities like Malaika Arora, Ambika Pillai and Vikram Phadnis were seen joking over Malaika’s shoe fetish.