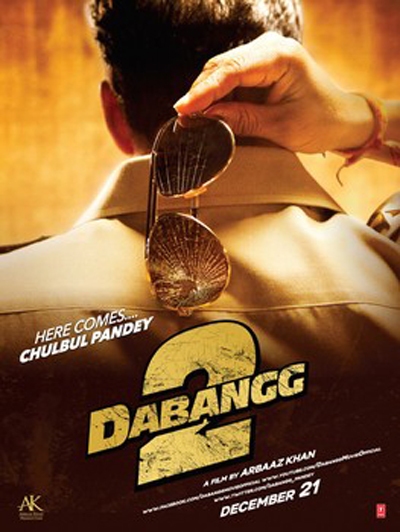 For all those who were waiting to watch the first trailer of the upcoming movie ‘Dabangg 2’, the wait is finally over. The makers of the movie are all set to show off a teaser and the trailer of the Salman Khan starer, along with the Ajay Devgn’s ‘Son Of Sardar’.

Those who watch the ‘Ek Tha Tiger’ star host Bigg Boss 6 will get to watch the Dabangg 2 trailer and teaser a little earlier. The first teaser of the movie will be released on November 9, 2012 on the reality show and on the next day November 10, 2012, the full length trailer will be released.

Only after the launch of the teaser and trailer on Bigg Boss, will it be made available on the video streaming site YouTube. Dabangg 2 is set to be released on December 21, 2012, which will also mark the directorial debut of the ‘Bodyguard’ actor’s brother Arbaaz Khan.

The new movie is also set to release just a few days before Salman’s birthday and audiences have huge expectations from the flick. The first part of the movie ‘Dabangg’ was a blockbuster hit and was well appreciated and accepted by the audience. The sequel of the movie features Sonu Sood and has popular villain Prakash Raj of ‘Singham’ fame in it as well.