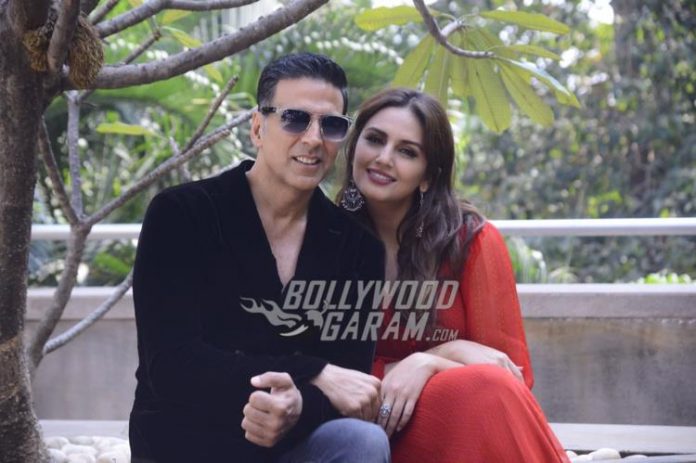 Actors Akshay Kumar and Huma Qureshi promoted their upcoming movie ‘Jolly LLB 2’ at a photoshoot in Mumbai on January 30, 2017. Akshay and Huma showed off some great chemistry and were all smiles for the photographers.

Huma looked petty in a red outfit while Akshay looked dapper in a velvet jacket and jeans. The movie ‘Jolly LLB 2’ is the sequel to the 2013 movie ‘Jolly LLB’ which starred Arshad Warsi and Boman Irani.

The movie is all set to hit the theatres on February 10, 2017. Akshay was last seen in the movie ‘Rustom’ and is currently looking forward for the release of his upcoming movies ‘Jolly LLB 2’, ‘Toilet – Ek Prem Katha’ and ‘2.0’. The ‘Housefull’ actor has always proved to be the best in comedy and once again Akshay is ready with another comedy flick.

The original film, Munnabhai MBBS that starred disgraced star Sanjay Dutt spawned the spin-off that starred the hilarious Arshad Warsi who had played Munnabhai’s side-kick, Circuit in the original film. This one too should look the tickle the audience’s ribs with good comedic timing.