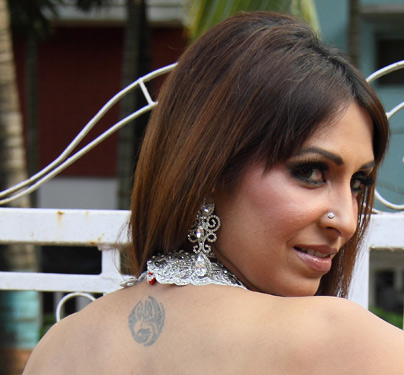 Model and VJ Pooja Missra became popular with the show Bigg Boss last year due to her constant fights and arguments with the inmates of the house. Now the model is back with an item song ‘Ho Jayega Koi Fanaa’ from the movie ‘Baaja Band Dunga’.

Pooja in an exclusive interview revealed that everything on the show Bigg Boss is scripted. Missra while on the show last year was thrown out of the house for her violent behaviour. But then the makers had brought her back as a translator for Andrew Symonds, who came in as a guest in the house. Pooja shot for the item song which was shot in a studio in Kandivali area in Mumbai.