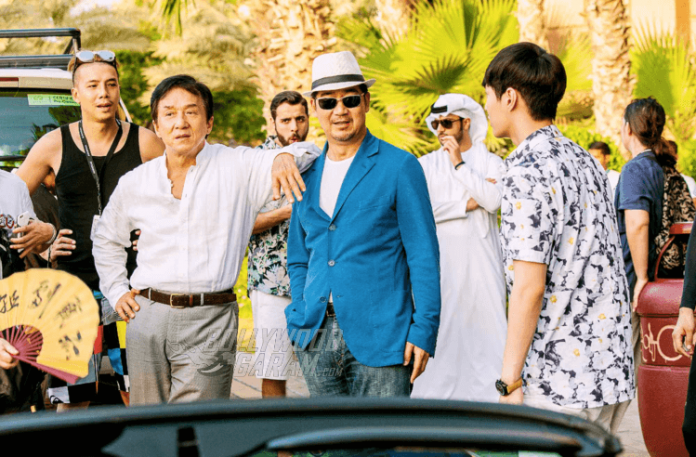 Kung Fu Yoga is an upcoming movie which will release on February 3, 2017. It is already on screens in US and China In the month of January. The Movie is directed by Stanley Tong which is a Chinese-Indian co-production of Taihe Entertainment and Shinework Pictures (China).

You can take a peak into the making of the movie to get an idea of how entertaining it’s going to be.

Check out the exclusive Photos of Jackie Chan’s one day visit to Mumbai, exclusively for the promotion of his latest movie!

This movie is also special for another reason, being, it’s a collaboration between Chinese and Indian artists, which hasn’t been seen in mainstream cinema for a long time.

Jackie Chan and the complete crew of the film also attended a Press Conference here in India for their film’s promotion on the day the international star came down to Mumbai.

Check out exclusive photos from their press conference which was also attended by Shilpa Shetty!

Check out the latest pictures of the entire cast promoting the movie in an event held in Beijing, China on January 30!

Stay tuned for latest updates on upcoming movie, only on Bollywood Garam.