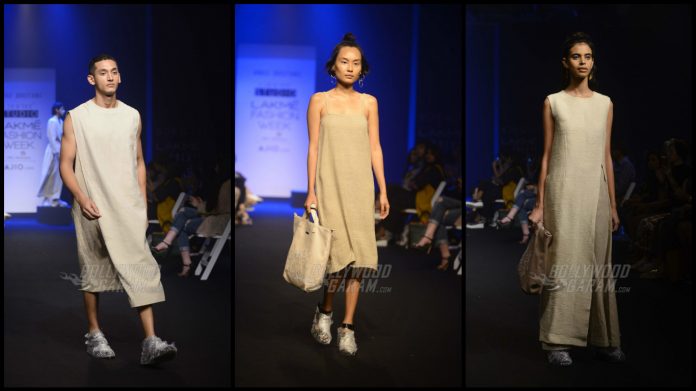 Bringing you latest fashion straight from the runway of Anuj Bhutani’s Show at the Lakme Fashion Week Summer/Resort 2017 Edition, Day 1

Ace designer Anuj Bhutani presented a marvelous show today, February 1, 2017 at the LFW 2017. He presented a collection inspired by minimalism and neutral shades which appeal to the modern chic audiences.

Designer Anuj Bhutani even went a step ahead, by presenting gender neutral clothing (featured below), perfect for beating the summer heat, in style.

And here’s the final ramp walk by all the models, presenting the designer’s collection one last time before the show wraps up –

Designer Anuj Bhutani concludes his fashion show on LFW Summer/Resort 2017 Day 1, by thanking the audience for their appreciation.