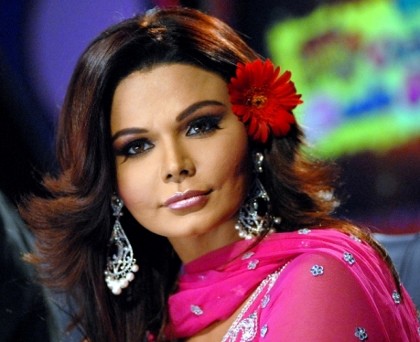 Former Bigg Boss contestant Rakhi Sawant will soon be seen entering the sixth season of the reality show. Sawant has been roped in and will  appear on the show as a guest for a few days, as the producers look to liven up things.

For now the actress will be entering as a guest and her stay could also be extended, as the producers may want to have a look at TRP ratings and make a judgement based on that. Rakhi will be seen entering the mud house on Bigg Boss 6 after fashion designer Imam Siddique made a dramatic exit. The new mud house has Aashka Goradia and Dinesh Lal, who were earlier eliminated from the main house.

Recently, the mud house also saw the world’s shortest woman Jyoti Amge and Santosh Shukla entering the house. The alternate house has been created around a rural theme and does not have any luxury facilities.

Actor Rajeev Khandelwal will also be appearing on the show to meet its host Salman Khan, in order to promote his next movie ‘Table No 21’. Rakhi Sawant had created quite a buzz in an earlier season of the show and it would be interesting for audiences to see the actress interacting with her fellow celebrities like Delnaaz Irani, Urvashi Dholakia, Vrajesh Hirjee, Rajiv Paul, Mink and model Karishma Kotak.