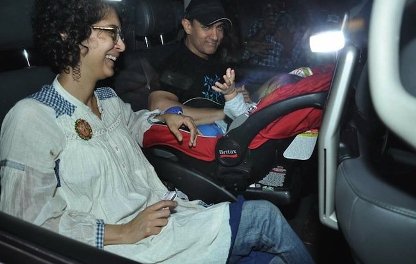 The party was held at Aamir’s residence and was attended by Aamir’s former wife Reena Dutta and daughter Ira Khan. The mother and daughter duo were seen carrying small presents and a homemade cake on a tray. Khan was seen entering the party as he carried his son in a bright red stroller. Aamir recently appeared on a TV show and said that he shared a very cordial relationship with his former wife Reena.