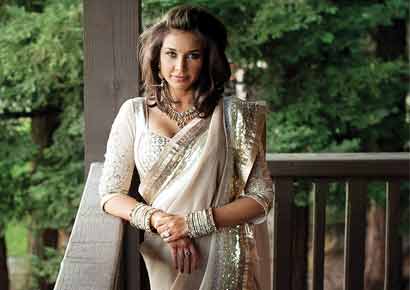 Bollywood actress Lisa Ray has recently got hitched to Jason Dehni and said that she would auction her extravagant wedding saree so as to raise money for a charity. The couple got married on October 20, 2012 at Napa Valley. The actress had donned a Satya Paul saree for her wedding.

Ray tweeted, “Launching the ‘Lisa Ray for Satya Paul’ collection on Thursday. Auctioning my sari for charity”. The auction will take place on Satya Paul’s Facebook page. In June 2009, the actress was diagnosed with multiple myeloma which is a rare cancer disease, but now she is totally cancer free and says that she feels like she has got a new life post her cancer treatment.