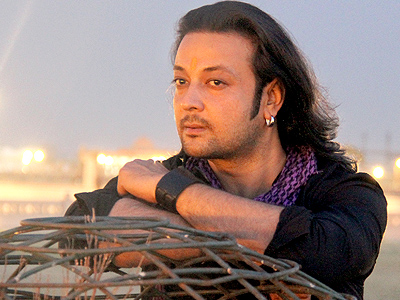 TV actor and host Santosh Shukla, after spending a month in the house of Bigg Boss, was evicted on Friday December 14, 2012. The 36-year-old actor is the second housemate to be evicted from the accommodation after the surprise elimination of Dinesh Lal earlier this week.

Santosh said after coming out, “I am happy that I am out of the show now because there were few people who were getting on my nerves. I was about to burst, but Bigg Boss thankfully called me.” The actor also said that he is a very short tempered person, but on the show he controlled himself a lot. Shukla also said that he depicted his real self while in the house.

While in the house, the actor was known for entertaining the other members and at one point he also started liking actress Aashka Goradia. However, soon he started disliking the actress and started discussions about her changing behaviour with the other housemates.

Santosh said that he was very close to Aashka when she was in the mud house and that she also came across as a very friendly person. He also came to know through other contestants that she was saying negative things about him. He went on to say that he would never talk to Aashka in his life again.