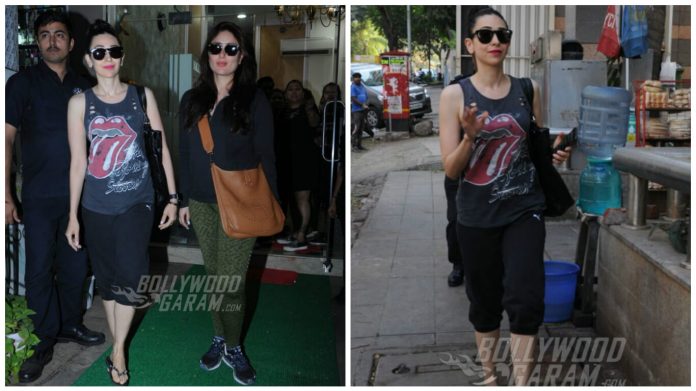 Kareena and Karisma Kapoor were snapped in Bandra, Mumbai today

Gorgeous Kareena Kapoor And elder sister Karishma Kapoor were caught by the cameras at Bandra, Mumbai today, February 3, 2017 as they stepped out for some shopping!

On the work front, the actress was last seen in Udta Punjab in a supporting role. The actress has been away from the screen for a while and her fans are waiting for her appearance on the golden screens soon.

Kareena will be seen in a lead role with Sonam Kapoor in the movie Veere Di Wedding, which is  directed by Shashanka Ghosh and produced by Ekta Kapoor and Rhea Kapoor. The movie is scheduled to release in the later half of 2017.

Stay tuned for latest updates on the Kapoor sisters exclusively on Bollywood Garam! And don’t forget to check out pictures from their previous outings –

Kareena and Karisma catching up with Malaika and Amrita Arora