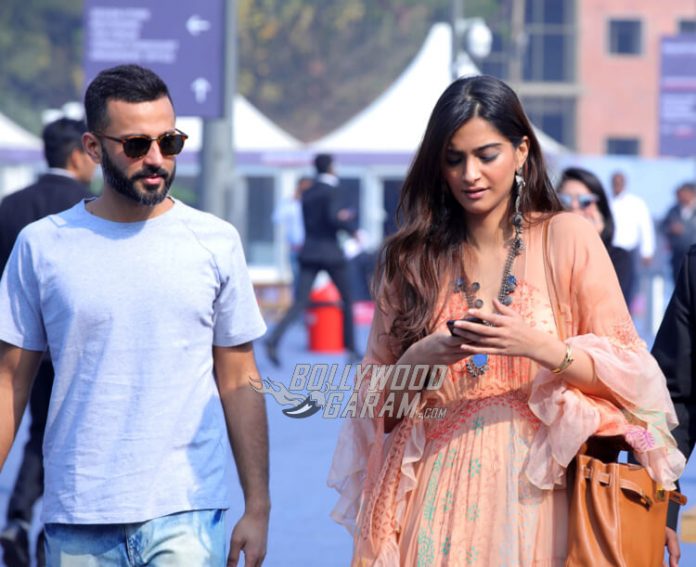 The Fashionista of Bollywood Sonam Kapoor was snapped by the cameras with her boyfriend Anand Ahuja at the Indian Art Fair 2017, in New Delhi today, February 3, 2017.

Check out all the photos –

Indian Art Fair was opened up to the public today and the exhibits focus on South Asia. The three day long fair showcases a rare mix of colors, grandeur and different ideologies, portrayed in works of exhibiting artists.

They two were spotted recently at a family get together to celebrate Anil Kapoor’s 60th birthday in London and Sonam Kapoor’s rumored boyfriend Anand Ahuja looked very much like a part of the family.

The actress was last seen on screens in the movie Neerja. The movie was a blockbuster and was known for the splendid acting of Sonam Kapoor. The movie was directed by  Ram Madhvani and written by Saiwyn Quadras and Sanyuktha Chawla Shaikh.

Stay tuned for latest updates on your favorite actresses exclusively on Bollywood Garam!