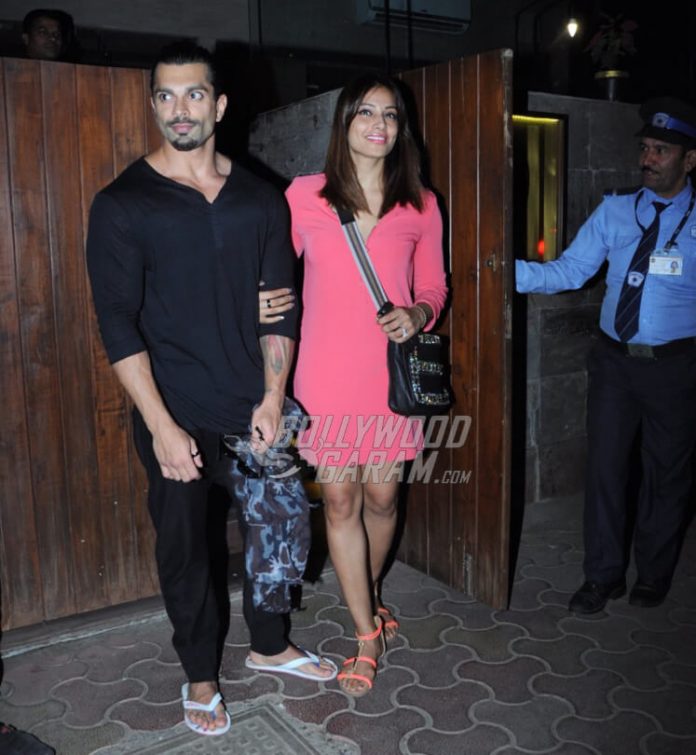 Latest Pictures of Bipasha Basu and Karan out on a dinner date at Korner House, Bandra

Check out all the pictures right here!

While Indian television actor Karan Singh Grover chose to go all black and kept it casual with a black Tee, black loose fit pants and chappals. Wife Bipasha Basu sported a pretty pink evening dress and paired it with a black studded messeger bag and matching hot pink sandals. Even her lip color was the exact shade of pink as her dress!

The duo looked like they had a great time at the restaurant and were game for a few snaps as they were ambushed by shutterbugs while exiting Korner House.

The couple was last seen on screens together in the movie Alone. It is a 2015 Indian horror Film directed by Bhushan Patel. The film is a remake of the 2007 Thai film of the same name, which was also remade in the south in 2011 with a film by the name Chaarulatha. The movie was released in January 16, 2015.

Stay tuned for latest updates on your favorite celebrities exclusively on Bollywood Garam.