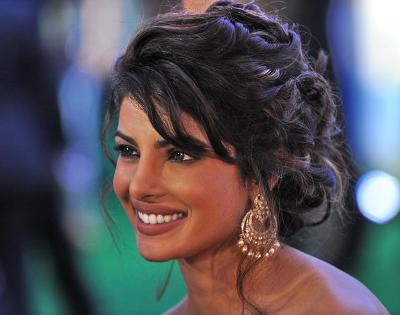 Priyanka Chopra and Indian cricketer Irfan Pathan have come together as UNICEF brand ambassadors to fight against gender discrimination on December 25, 2012. The stars launched a website www.d2c.in which will be used to campaign for adolescent girls.

The Indian Premier League (IPL) team Delhi Daredevils have launched the new initiative called the Cheer-O-Meter, for which the ‘d2c.in’ website will be the point of contact for people to show their support. The initiative is aimed at providing equal opportunities for young girls and boys in India. It also pushes for anti-discrimination for girls and to promote education for them.

The ‘Barfi’ actress also said that millions of girls around the country are deprived of their right to education and even issues such as getting married at an early age prevents them from completing their studies.

Star Indian all-rounder Irfan Pathan said that his IPL team Delhi Daredevils are urging all their supports to come together in their cause of providing equal opportunity to adolescent girls.

Louis Georges Arsenault, who is the representative of UNICEF India, said that in India women are visualized as a liability and that the Indian mindset needs to be changed. He also said women need to be able to stand on their own feet as the traditional Indian mindset have a lower economic status and have fewer opportunities.