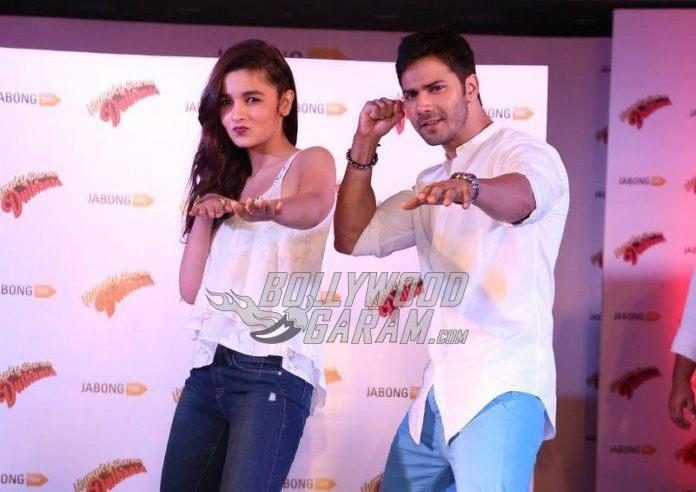 Indian actress Alia Bhatt thanked veteran actress Madhuri Dixit for teaching her the signature dance steps of the blockbuster song ‘Tamma Tamma’ from her movie ‘Thanedaar’. A video was posted on social media which saw Alia Bhatt and Varun Dhawan getting lessons on the dance steps from Madhuri herself. The actor posted the short video on his Instagram account, captioning the post: “@aliaabhatt and bhadri learning then #tammatammaagain steps from @madhuridixitnene herself. Take a look at our dance class and see what madhuri thinks of alias moves”

@aliaabhatt and badri learning then#tammatammaagain steps from @madhuridixitnene herself. Take a look at our dance class and see what madhuri thinks of alias moves ?

Varun and Alia will be seen in the reprised version of the song in their upcoming movie ‘Badrinath Ki Dulhaniya’. The actress also thanked the actress and wrote, “How to do this tamma step Thank you @MadhuriDixit for saving the day @Varun_dvn #TammaTammaAgain”.

https://mobile.twitter.com/Varun_dvn/status/829948686482415616
Varun retweeted Alia’s post and wrote, “Your a good student Ally. You’ve kicked my ass in this song as well.” Even the producer of the upcoming movie Karan Johar thanked Madhuri for showing support. The makers of the movie are all set to launch the song on February 11, 2017.
Madhuri featured in the movie ‘Thanedaar’ in 1990 opposite Sanjay Dutt. The veteran actress featured in the song along with Sanjay and it turned out to be a blockbuster. Upcoming romantic comedy movie ‘Badrinath Ki Dulhaniya’ is directed by Shashank Khaitan and is all set to hit the theatres on March 10, 2017. The movie is the sequel to the 2014 movie ‘Humpty Sharma Ki Dulhaniya’. It tells the story of a money lender called Bhadrinath who tries to woo the girl, played by Alia Bhatt, and is a young, peppy take on love in the new generation. The film is being promoted widely and is already exciting audiences, especially with the release of the hit song.