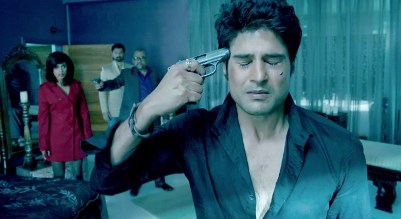 Filmmaker Aditya Dutt has tried to bring an exciting thriller movie to cinema halls titled ‘Table No 21’, which features Rajeev Khandelwal, Paresh Rawal and Tena Desae. The movie does not only focus on the characters, but has an interesting story-line to go along with it as well.

The movie plays like a psychological drama, which grips the interest of the audience with its plots and twists, most of which are unfortunately quite predictable. Rajeev, in the movie, plays the role of Vivaan while Tena plays the role of his wife of five years, who win an all-expenses paid trip to Fiji.

After some enjoying their trip initially, the couple is taken by a sea-plane to a resort where the resort owner Abdul Razzaq (played by Paresh Rawal) offers them a bottle of Dom Perignon and a chance to win 10 million Fijian dollars if they participate on a live online game show. It is this game that makes the movie interesting.

Surprisingly, the most disappointing part of the movie is the performance of Rawal, who usually does justice to his characters. Moreover, even Rajeev has failed to do perform up to expectations, while Tena is nothing more than eye candy. The scenic locations and an interesting ending are the only points that the movie can be credited with.