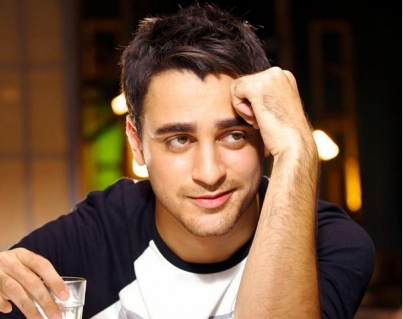 Imran Khan has put a lot of effort into his upcoming Bollywood flick ‘Matru Ki Bijlee Ka Mandola’, where he plays a typical Haryanvi boy. The role was challenging for the young actor, but he was at ease due to the fact that his director Vishal Bhardwaj gave him creative freedom for the part.

The ‘Meri Brother Ki Dulhan’ star said on January 10, 2013 that he was quite surprised when Bharadwaj gave him a license to play the part as he felt fit and did not give him too many instructions. Imran went on to praise Vishal saying that the freedom that he received from the director was incomparable to others.

The ‘Ek Main Aur Ek Tu’ actor had taken dialect classes and went out of his way to meet locals so as to better understand the people of Haryana. According to the actor, Vishal gave him a lot of material to work on to prepare for his role in the movie and then let him interpret it the way he wants.

Imran also spoke of Pankaj Kapur being a force to reckon with in the new movie, saying that one had to hold their own in front of him on-screen. ‘Matru Ki Bijlee Ka Mandola’ also stars Anushka Sharma, Shabana Azmi and Pankaj Kapur and is set to release on January 11, 2013.