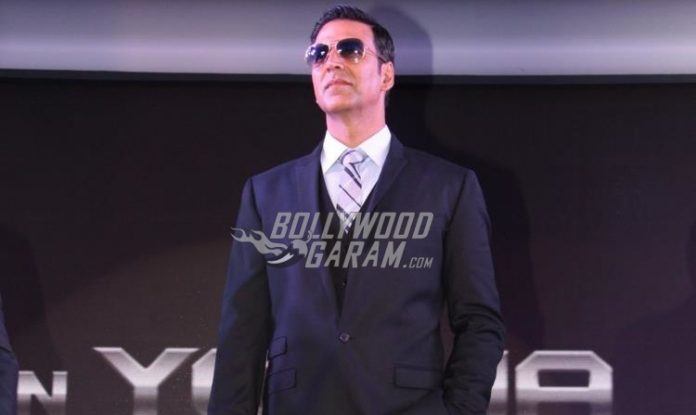 Akshay Kumar ready with another comedy flick with a social message

Bollywood star Akshay Kumar is ready with his another entertainer ‘Toilet – Ek Prem Katha’. The actor has just finished shooting for the movie opposite actress Bhumi Pednekar and is all set to hit theatres on June 2, 2017.
Kumar is currently enjoying the success of his movie ‘Jolly LLB 2’ and is now ready with another movie that has a meaningful subject. Akshay’s movies not just provide a good plot but also provide some great entertainment for the craving audience. The upcoming movie is based on the common problem faced in India about open defecation and changing the mindsets of people.
The shoot of the movie began in Varanasi in November 2016. The makers also shot the movie at Barsana and Nandgaon in Uttar Pradesh and the final schedule was shot in Bhopal. This has also indicated that the makers have captured the real locations of rural India.
Shree Narayan Singh is making his directorial debut with the movie ‘Toilet – Ek Prem Katha’ which is produced by Aruna Bhatia and Plan C Studios. The movie has also promoted Prime Minister Narendra Modi’s ‘Swachh Bharat Abhiyan’ that aims towards increasing cleanliness in the country.

This is a great move by Bollywood to encourage the general population to keep their environment clean. The country faces major issues with sanitary options being made unavailable to a majority of the population. In rural areas, folk usually end up using the open fields to relieve themselves. In urban areas, due to mass population and lack of space for sanitary purposes. However, with a movie like this, it can definitely educate the population on health standards and hopefully work to make the environment a cleaner and greener one. We are waiting for the release of this film, and hopefully it does a good job!
Photo Credits: Viral Bhayani