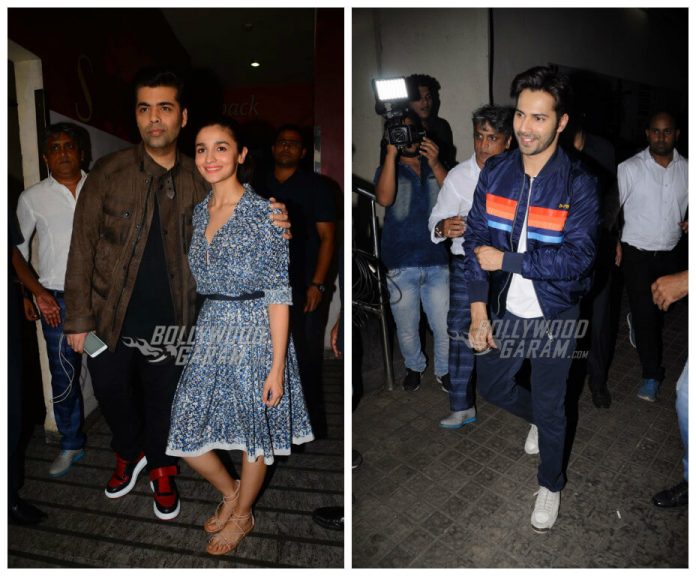 Budding star kids Jhanvi Kapoor and Ishaan Khattar were also seen catching up at special screening of the Alia – Varun starrer flick. Jhanvi was seen dressed in casuals with black jeans and black top while Ishaan was seen in a pair of denims and a white and blue shirt.

The upcoming actors were snapped by the paparazzi but opted not to pose for the same. Reports say that the young actors have been roped in for the Hindi remake of the Marathi blockbuster movie ‘Sairat’. But so far no official announcements have been made. Ishaan and Jhanvi were seen making an exit together from the screening venue.

Anu Malik with his family

The newly weds, Mandana Karimi and Gaurav Gupta were snapped arriving at the special screening of Badrinath Ki Dulhania.

We caught him arriving in his car at the venue for the special screening of his latest film.

Alia and Varun at the screening event looked excited as their movie has hit the theatres on March 10, 2017. The two worked really hard for the promotions of the movie and managed to reach several platforms. Karan was seen by the side of Alia and posed for the cameras.