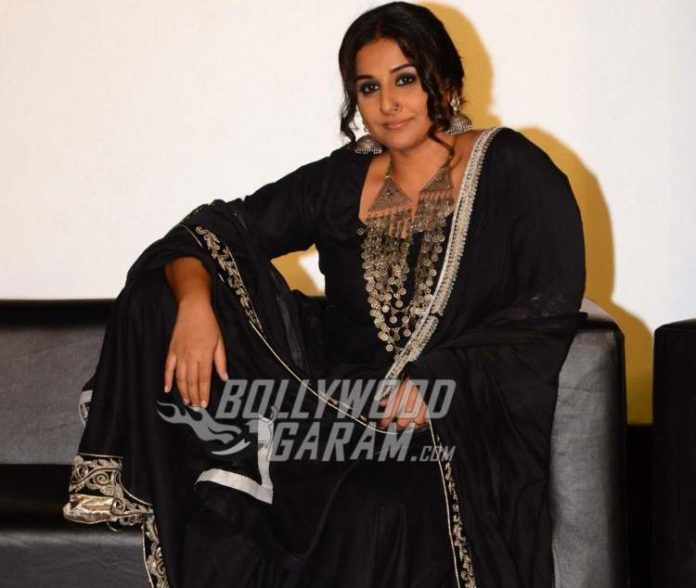 Indian actress Vidya Balan, who was in Kolkata recently for the promotions of her upcoming movie ‘Begum Jaan’ had an unpleasant experience with one of her male fans. The actress reportedly got furious with a fan when he tried to touch her without her consent.

Reports say that the man had approached her for a selfie to which the ‘Hey Baby’ actress agreed. But while clicking the picture, the fan tried to put his arm around her without her consent. The actress then warned him to behave but it fell on deaf ears. The fan attempted for the second time again by placing his arm around the actress after which Vidya got furious and said, “What do you think you are doing? This is wrong”.

Despite this, the man continued to misbehave and insisted on taking a selfie to which Vidya vehemently refused by saying, “No you can’t, behave yourself!”.

Meanwhile, Vidya is tirelessly promoting her upcoming movie ‘Begum Jaan’. A powerful offical trailer of the movie has left everyone impressed. Vidya will be seen playing the madam of a brothel, which has many women staying and working as prostitutes.

The movie is based on the times during the partition of India and Pakistan. ‘Begum Jaan’ releases on March 24, 2017.