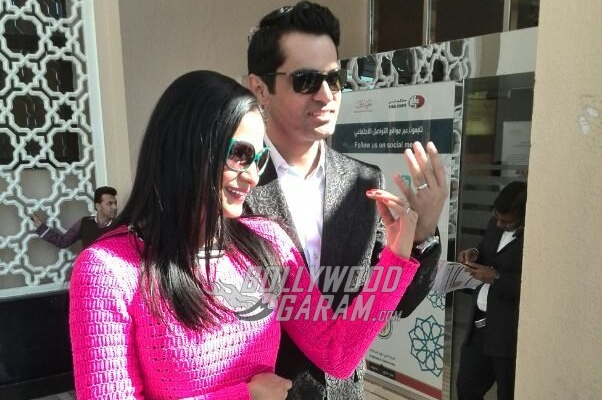 Pakistani actress Veena Malik recently talked about her divorce from husband Asad Bashir Khan Khattak. The stunning actress, who shot to fame for appearing on the celebrity reality show Bigg Boss, revealed that her marriage was on the rocks earlier this January. Veena brought an end to her three year old marriage with Bashir Khan Khattak at a local Lahore court. The actress and her husband have two children from their short-lived marriage.

A promo video of Veena in an interview to a Pakistan program has shown her getting emotional while saying that she does not want to live with the burden of people who claimed Veena married Asad for money. The actress also bitterly asks where those people are when she is officially divorced. She has fallen victim to a number of rumors and accusations from the media about her personal life and how she should live, who she should see and be committed to.

A Lahore family court granted Veena her divorce after Asad failed to appear before the court. Veena’s application for divorce which is also known as khula was accepted. Reports say that the actress had filed for a divorce at a court in Lahore in January, 2017 after differences erupted between the two and they could not live together. The court had then summoned Asad but he failed to appear at the court and did not even send a reply or have a legal representative at the court at the time of granting of the divorce.. The court then accepted Veena’s application for legal separation and annulment of her marriage. The news of their divorce was kept under wraps for a long time.

It’s always sad to find a couple giving up on their marriage, especially when children are involved in the equation.