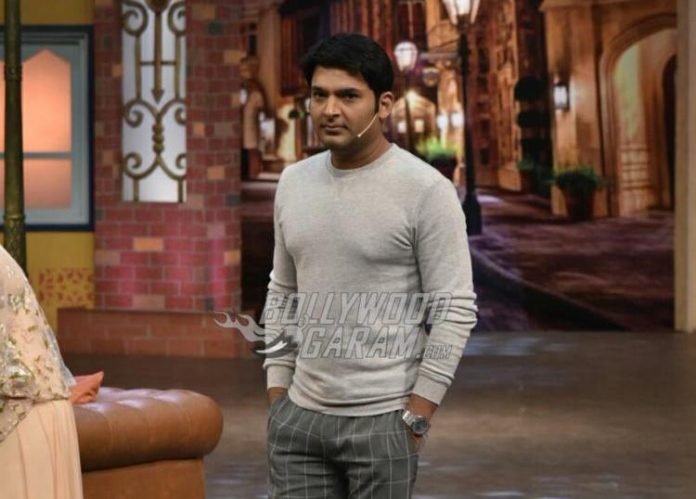 Kapil Sharma shares an adorable picture of him and his girlfriend

Comedian turned actor Kapil Sharma, has always been mum about his private life. Even during his recent interview with Karan Johar on ‘Koffee With Karan’ the actor refrained from making any clarifications. But now the actor has finally revealed the love of his life. Kapil took his Instagram account and posted a picture of him and his girlfriend.

The actor wrote a caption, “Will not say she is my better half .. she completes me .. love u ginni .. please welcome her .. I love her so much:)” Kapil did not give away the picture so easily and had earlier teased his fans with a message, “Hi..want to share something very beautiful thing with u guys …wait for 30 mins ..”.

The wait was indeed worth as the picture indeed showed a beautiful picture of Kapil Sharma and his girl Ginni. However, the recent announcement might have surely broke several hearts but this was much awaited and much needed for Kapil.

Kapil Sharma is known for his comedy show ‘The Kapil Sharma Show’ on Sony TV. The comedian shot to fame after he participated on The Laughter Challenge in 2007. The actor also appeared in the movie ‘Kis Kisko Pyaar Karoon’ which did not do well at the box office.