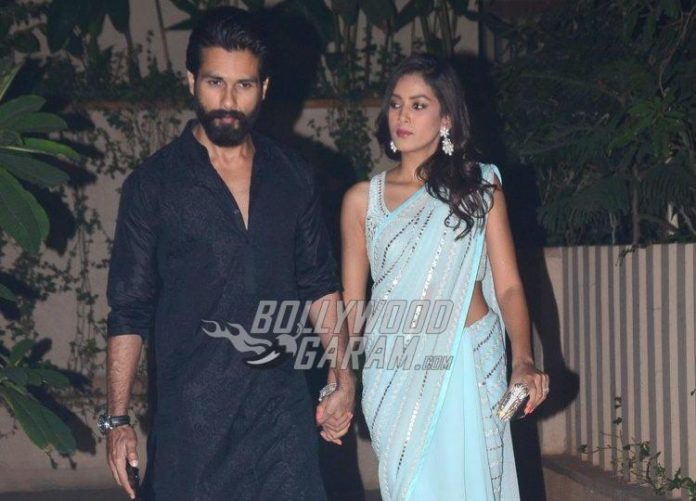 Bollywood actor Shahid Kapoor and his beautiful wife Mira Rajput, have recently started a young family. So, it’s obvious that they would want to expand their empire and get a brand new home to fit their growing brood. According to reports, the couple are have now begun the task of house-hunting. It is said that they have zeroed in on the locale of popular Mumbai suburb, Bandra.

Currently, Shahid and Mira reside at their plush sea-facing apartment in Juhu. And, it was Mira Rajput who worked on the interior designing of their home. Some media reports are emerging that the couple may finalise a sea-facing condo at Pali Hill. However, no official statement has yet been released by them about moving into their house, not yet. And they may have to shell out a cool 28 crores for a 2,000 square foot home!

If you know of a great place for a young family and would like Shahid Kapoor and Mira Rajput to be your neighbours, let us know in the comments below!

One the work front, Shahid was last seen in the movie Rangoon alongside Saif Ali Khan and Kangana Ranaut. The movie did average at the box office. Presently, Shahid is busy shooting for Sanjay Leela Bhansali’s upcoming movie, Padmavati. In the film, Shahid will be seen playing the role of Raja Rawal Ratan Singh. The epic film also stars Deepika Padukone and her real-life boyfriend, Ranveer Singh. Padmavati is expected to hit theatres on November 17, 2017.

As for Mira Rajput, she was most recently in the news for voicing her opinion on working women, criticising them for choosing a career over their children. She even went to compare these children with puppies! Tweets went flying around soon after, calling out Mira for her comments, but hubby Shahid was quick to jump in and defend his 21-year-old wife.