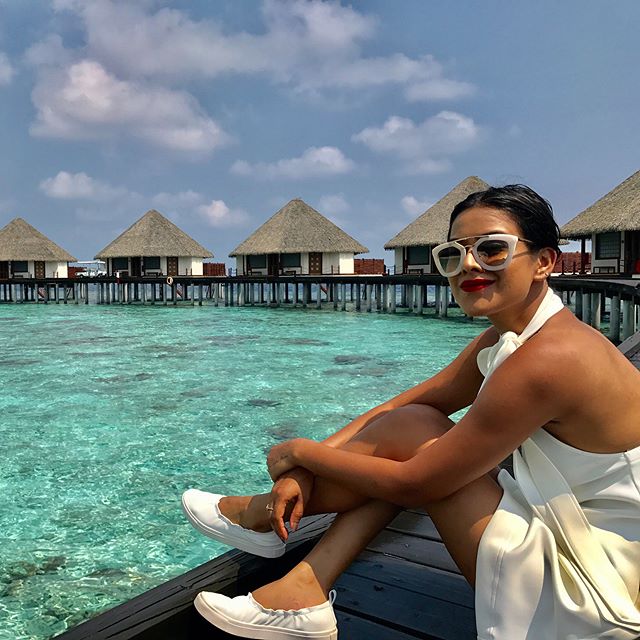 Nia Sharma is currently enjoying a sunny vacation in Maldives

The 26 year old actress was recently voted the third sexiest Asian woman by British-based newspaper, Eastern Eye. Her pictures from her Maldivian vacation prove that she’s living up the title!

Famous for her boldness, she is seen playing volley ball, water boarding, jet skiing and soaking up the sun in her latest Instagram uploads. Looking at her various video and photo uploads looks like she’s having the time of her life.

Aren’t you craving a vacation just like Nia Sharma?

This talented actress is set to act in Vikram Bhatt’s upcoming web series Twisted and currently is enjoying her pre-work vacation. Twisted airs from March 30, 2017.

And this is how you give people major vacation goals!