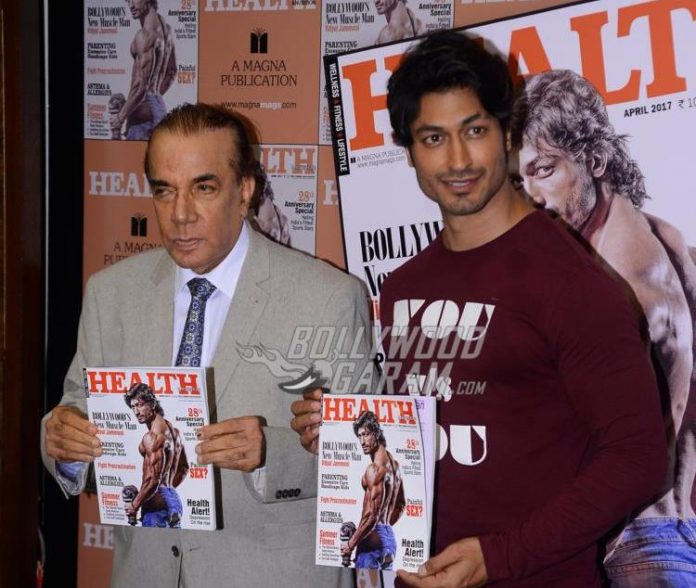 Bollywood actor and fitness buff Vidyut Jammval launched the March 2017 issue of Health & Nutrition magazine in Mumbai on March 23, 2017. The launch event also saw the presence of Nari Hira, the CMD of Magna Publishing Company and Vinodini Krishnakumar, the editor of Health & Nutrition.

Vidyut looked fabulous in a maroon pullover and black pants. The actor was last seen in the movie Commando 2 that hit the theatres on March 3, 2017. The movie also starred Adah Sharma, Esha Gupta and Freddy Daruwala. His co-star in Commando 2, Adah Sharma was also photographed today at a traditional shoot.

Vidyut looked great in the flick as he played the role of a tough commando who is well trained in a number of techniques of survival, hand-to-hand combat and weaponry. The actor has also worked in a number of noteworthy movies like Force, Stanley Ka Dabba, Bullet Raja and others.

Jammval has also worked in some Tamil movies like Oosaravelli, Billa 2 and Anjaan. The actor is currently shooting for the upcoming movie Baadshaho which also stars Ajay Devgn, Emraan Hashmi and Ileana D’Cruz.

Jammval also stars as the cover boy for the fitness magazine. His dedication to his body has resulted in a toned physique that is the envy of many boys and the desire of many girls. For the cover, Vidyut has gone shirtless and poses in a sultry way for the camera. The magazine rightly calls him “muscle man”.