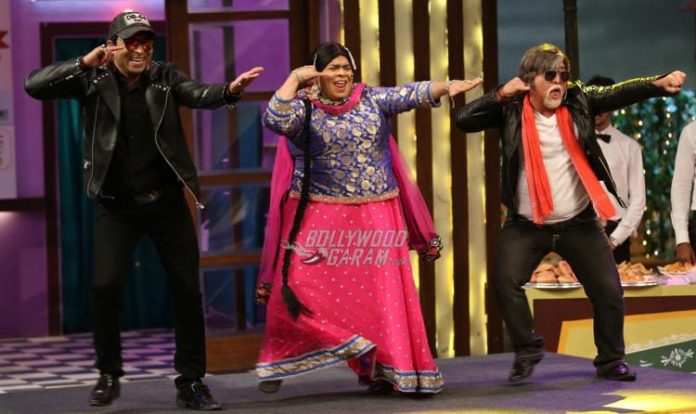 Chandan Prabhakar talks about the happiness being a father; refuses to comment about returning to The Kapil Sharma Show

Comedian and actor Chandan Prabhakar has a reason to celebrate. The television star became a proud father to a baby girl and shared his joy through his social media account.

Prabhakar, who was known for playing the character of a tea seller on The Kapil Sharma Show, wrote, “Trying to xpress my happiness in words…Thanx Nandani…lots of love n hugs.”

Me n my daughter….no words for this feelings. Love. pic.twitter.com/pSjbWOoBvh

Amidst all the controversy surrounding Kapil Sharma and his mid-air brawl with his crew members, Chandan was asked if he would return to the show, to which he answered that he is currently in a very happy state and that he does not want to think or talk about it.

The actor, while talking about his new born daughter, said that they are yet to give a name and that they would decide on a name after a pandit predicts the first letter of her name, as is done as per Hindu custom.

Kapil Sharma’s famous show on Sony is running minus some of the important characters of the show including Sunil Grover, Ali Asgar and Chandan Prabhakar. Reports had said that the comedian and host had hurled abuses towards his crew members while they were on their way from Melbourne to Delhi. Meanwhile, actor Sunil Grover made an appearance on talent show Indian Idol, but did not turn up for Kapil Sharma’s show, as reports confirmed that their disagreement has led to the former quitting the comedy sketch show.

In any case, Chandan Prabhakar needs to concentrate on his young family right now. Any proud papa will want to spend as much time as he can with his daughter and not think about work! We wish him and his wife all the happiness in the world with his new bundle of joy.