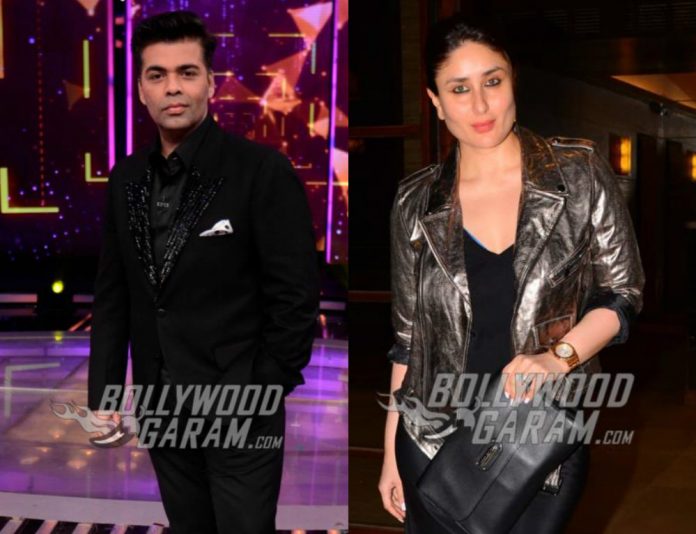 Proud mama Kareena Kapoor Khan is on cloud nine these days. Her marriage to Saif Ali Khan remains blissful and she can’t stop cuddling with her new bundle of joy – Taimur Ali Khan. And the begum is currently shooting for Veera Di Wedding. The rom-com is her comeback movie since the birth of her son. Fans are really excited to see Bebo on the big screen again.

And if the whispers from Bollywood are right, then there’s already another project that Kareena is ready to sign on to. This one is by none other than her close friend, producer-director, Karan Johar. The two of them are so close that the Student Of The Year producer actually calls Kareena his ‘sister’! Rumour has it that while the Jab We Met actress was on maternity leave, she and Karan were discussing possible scripts together. The alleged film is a rom-com and will be a part of Karan’s home production.

Rom-coms are really Kareena Kapoor Khan’s style, and Karan Johar is known for his light-hearted entertainers. Combining both their forces together is bound to be a complete treat for the audience! Karan Johar just had a fantastic first quarter 2017 with the first hit of the year, the Varun Dhawan-Alia Bhatt starrer, Badrinath Ki Dulhania. Also, he welcomed his twins – Yash and Roohi – and they’re now back home from the hospital in their fancy nursery designed by Gauri Khan.

In fact, we can bet that Kareena Kapoor Khan and Karan Johar share a lot of gossip time with each other, catching up on the latest in Bollywood and joyfully swapping stories of new parenthood. We seriously hope these movie-making rumours turn out to be true, and that the two create some magic for the big screen.