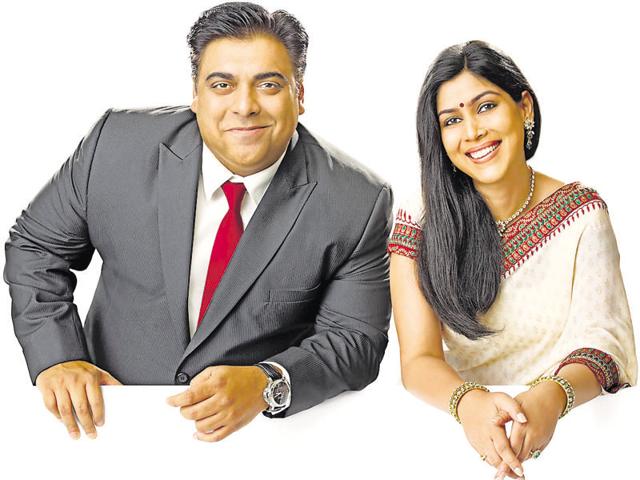 Fellow Indian television actors and co-stars, Sakshi Tanwar and Ram Kapoor’s last outing on television was Bade Achhe Lagte Hain in 2011. The popular actors have come together again for a web series by Balaji Telefilms with the release of their latest series, Karle Tu Bhi Mohabbat. The makers have released the first official trailer of the web series that shows great chemistry between the two lead actors and has left the audience wanting more of these two!

The trailer has shown some hilarious moments when the protagonists, Ram and Sakshi come together. Sakshi can be seen playing the role of a doctor who helps Ram; and Ram who plays the role of an alcoholic star. The two begin on a very rough note but eventually fall in love. Karle Tu Bhi Mohabbat has all the makings of a hit romantic-comedy series that the Indian audience loves.

The new web series is ready to be streamed from April 16, 2017. Sakshi and Ram shot to fame with the earlier TV Series Bade Bachhe Lagte Hain, which made its final run in July 2014. Ram, for the last couple of years, did a few movies, while Sakshi proved that she also fits in to roles for the big screen, with the hit movie Dangal that also starred Aamir Khan. Sakshi had played the role of Mahavir Phogat’s wife in Dangal.

The digital web series will have 14 episodes and has been produced by Ekta Kapoor. Karle Tu Bhi Mohabbat will start streaming from April 16, 2017. A number of Indian television series are now being streamed from online websites for audiences, as it has become a more popular way for people to get to watch their favorite programs on-the-go.