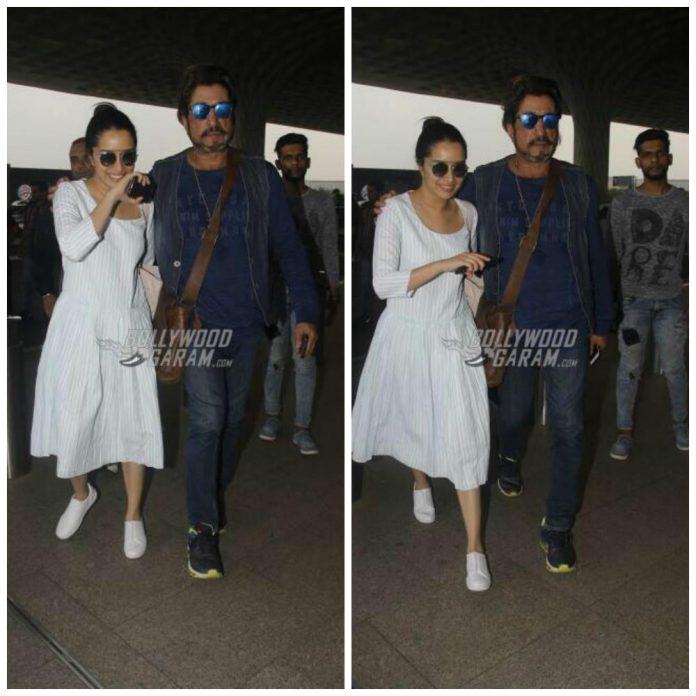 Daughter and father duo Shraddha Kapoor and Shakti Kapoor were seen at Mumbai International Airport as they left for the IPL T20 match in Kolkata. The actors smiled for the shutterbugs and left on April 12, 2017.

Shraddha looked cool in a summery white outfit with white sneakers while father Shakti was seen in a casual t-shirt, denims and a jacket. The Baaghi actress is doing her best as she is promoting films as well as managing brand commitments. Shraddha recently launched an exciting trailer of her upcoming movie Half Girlfriend.

Shraddha proved herself as a good dancer with the movie ABCD 2 and her IPL performance is expected to be electrical. The actress will soon be seen in the upcoming movie Half Girlfriend opposite Arjun Kapoor. Half Girlfriend is a movie adaptation of Chetan Bhagat’s book with the same name. The Shraddha and Arjun starrer is directed by Mohit Suri and is all set to hit the theatres on May 19, 2017.