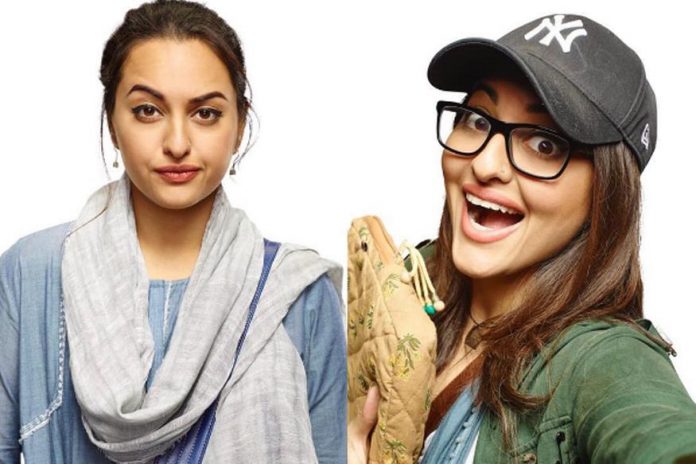 A special movie screening for Sonakshi Sinha’s Noor was held last night, here’s what attending Bollywood celebrities have to say about the movie

Actress Sonakshi Sinha has so far proved herself a versatile actor by playing various roles. Right from Dabangg, Lootera, Akira, Son Of Sardar and her most recent Force 2, the actress has constantly showcased the best of her. Indeed, the actress has also got even better with every film since her debut in Dabangg. Now the actress is ready to show her acting skills in the upcoming movie Noor. Makers held a special screening of the film on April 19, 2017 which was attended by celebrities from Bollywood.

Noor is the story about a journalist and her struggle in the city of Mumbai. The film also stars Kanan Gill, Shibani Dandekar and Purab Kohli and is all set to be released in theatres on April 21, 2017.

Saw #Noor last night. @sonakshisinha is so good! @shibanidandekar @KananGill & the rest of the cast too! Cinematography is ACE! Go watch it!

Saw #Noor. V sweet story about a girl looking for meaning in life. Many will relate. @sonakshisinha does a great job. Congrats to team!

How beautiful is @sonakshisinha looking in #Noor .And her performance -effortless, flawless,charming .She’s carved a prime space for herself

Someone had to address it and #noor did with an impactful performance.
Go watch @sonakshisinha and you will too say “uff yeh Noor”❤️

Just watched #noor @sonakshisinha What a performance! Loved it. My best wishes and lots of love. ?

Seeing Noor & have 2 say the album fits like MAGIC to each situation! Kudos @AmaalMallik @manojmuntashir @kumaarofficial for stellar work ??

Such a breeze of a movie,and that too an impactful one at that! Loved @sonakshisinha in this new,refreshing avatar. ❤️