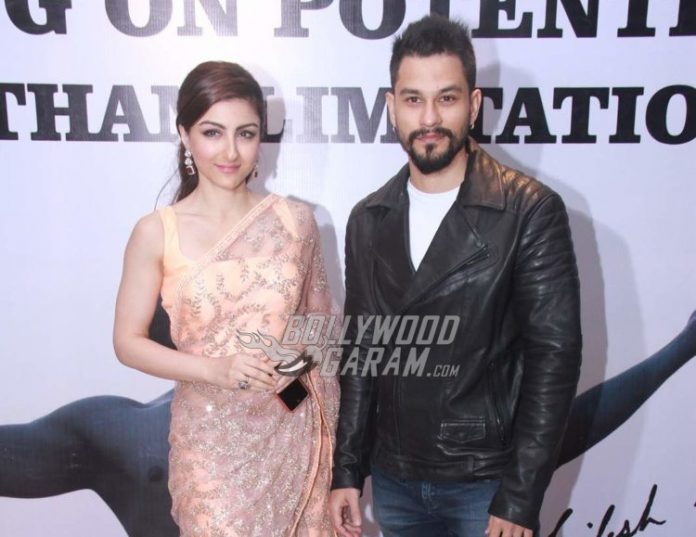 After Saif Ali Khan embraced fatherhood with Taimur Ali Khan, sister Soha Ali Khan and Kunal Khemu to are expecting their first child! The news was confirmed by Kunal himself while talking to a leading daily.

An excited to-be father said, “Yes it’s true. Soha and I are very happy to announce a joint production coming later this year – our first child! We feel blessed and thank you all for your good wishes.” All family members of Kunal and Soha are elated over the news and are in a celebratory mood. Soha and Kunal got married in an intimate wedding ceremony in Mumbai on January 25, 2015.

The latest in the Khan family was Kareena Kapoor, who delivered Taimur Ali Khan on December 20, 2016. With Soha pregnant in the family, more celebrations are expected to come for the family. The actress entered Bollywood with the movie Dil Maange More opposite Shahid Kapoor and went on to star in various films. Soha was last seen in the movie Ghayal Once Again in 2016. The actress shot to fame with Rang De Basanti but has been less active in Bollywood since her marriage with Kunal.