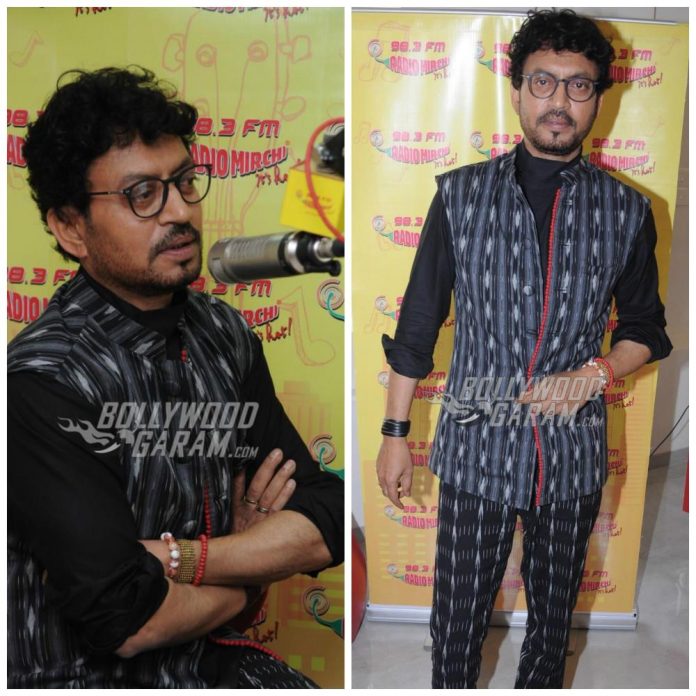 Indian actor Irrfan Khan promoted his upcoming movie Hindi Medium in style at Radio Mirchi Studios in Mumbai on April 20, 2017. Irrfan appeared in an ikat woven jacket and trousers paired with a black shirt and interacted with the listeners on air.

Upcoming movie Hindi Medium is directed by Saket Chaudhary and jointly produced by Bhushan Kumar, Krishnan Kumar and Dinesh Vijan. Hindi Medium also stars Saba Qamar and is a story about a couple and their struggle to admit their child in a good English Medium school. The makers recently released the song Suit Suit which has already become popular among the listeners.

Irrfan in the past has been appreciated for many of his movies like The Lunchbox, Piku, Jazbaa, Paan Singh Tomar and Billu. The actor was last seen in Madari and has a couple of movies due to be released in 2017.