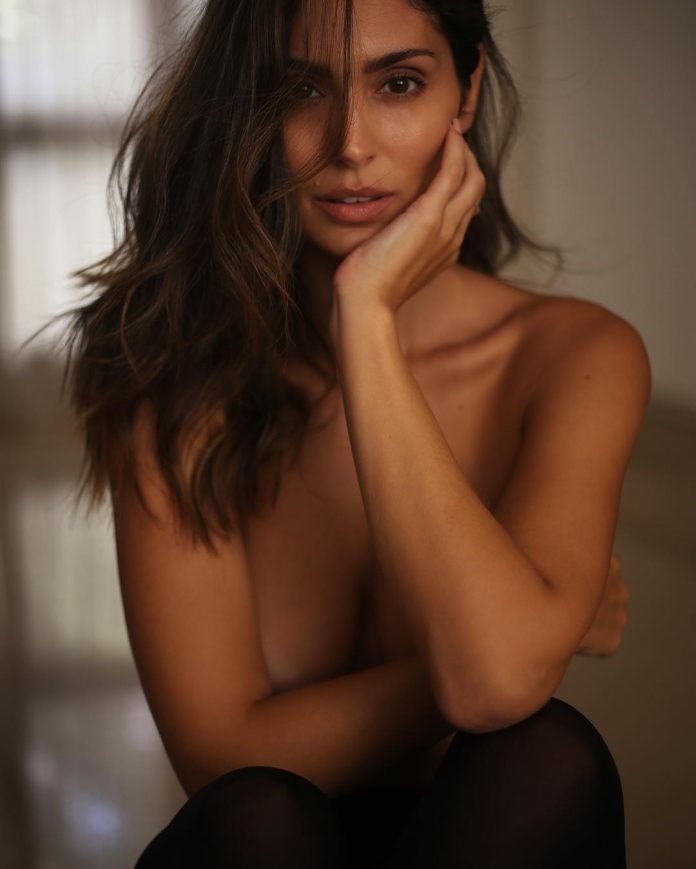 Brazilian model actress, Bruna Abdullah is known for her confident and bold personality. Yesterday, she uploaded her topless picture on Instagram along with a compelling poem which dazzled her fans. The 30 year old sexy star posted this picture on social media platform with the poem, ‘I’m a bitch’ as it’s caption.

Bruna, who featured in movies like I Hate Luv Story and Grand Masti is the perfect combination of determination and elegance. She is also known for her sexy swimsuit pictures. It was the caption that intrigued the fans in this topless picture of hers. Her locks are falling on her face as she strikes the pose to cover her modesty with her arms. She captioned her picture saying that, “I’m a bitch, I’m a lover. I’m a child, I’m a mother. I’m a sinner, I’m a saint. I do not feel ashamed. I’m your hell, I’m your dream. I’m nothing in between. You know you wouldn’t want it any other way” #90s Meredith Brooks!! Photo credit goes to!!! The best of them all!@rahuljhangiani.”

The caption is a part of a Meredith Brooks song titled Bitch. It is as fiery as the picture itself. Bruna has 267K followers on Instagram and now it is expected to increase.

Bruna is a former Kingfisher swimsuit model and has been a social media star. She is often photographed unleashing her audacious side. She is also referred to as the perfect beach bum since she has been a rage on the Instagram with her attractive beachwear pictures.

The girl also performed the sizzling item number, Subah Hone Na De from the film, Desi Boyz along with Akshay Kumar and John Abraham who were the lead actors of the movie. Bruna looks elegant in the pictures and is graceful in her own way.