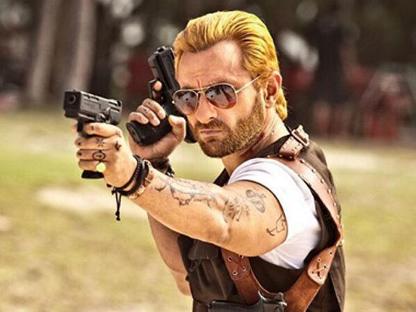 Bollywood actor Saif Ali Khan’s upcoming movie ‘Go Goa Gone’ has got an ‘A’ Certificate from the Indian Censor Board. The actor also feared that the members of the board’s committee might demand to delete certain scenes from the flick.

Thankfully no such demand was made and the movie is being touted as the country’s first Zombie comedy flick. It has been cleared by the Central Board of Film Certification, without any cuts. Saif, who is also the producer of the movie said, “I am happy with the board’s decision. We will now be able to show the movie as we wanted it to be”.

Apart from the ‘Dil Chahta Hai’ star, the movie also includes the cast of Puja Gupta, Anand Tiwari, Vir Das and Kunal Khemu. In the movie, the ‘Hum Tum’ actor will be seen playing the role of a shotgun toting zombie slayer. The movie has plenty of blood, with a few explicit scenes and words, as well as rave party sequences, which show plenty of drugs use.

Filmmaker DK Krishna and Raj Nidimoru have directed the movie. Krishna, while talking about the movie, said that the flick was always supposed to be an ‘A’ rated movie and that it would not be any fun if there was no blood in a zombie movie.