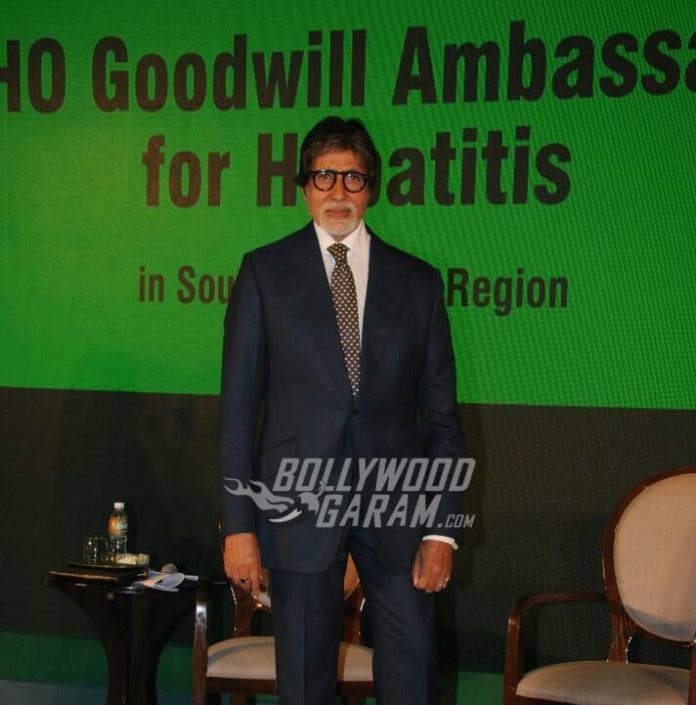 Bollywood superstar Amitabh Bachchan has been appointed as a WHO goodwill ambassador for the fight against Hepatitis in South-East Asia on May 12, 2017. The actor revealed that he has been living with Hepatitis infection for more than 30 years and is now dedicated to the cause of eradicating the infection from.

At the press conference, Amitabh Bachchan said, “I met with an accident during shooting in 1982. Of the 200 donors who donated their blood, one of them had the virus. It was alarming, 75% of my liver had been damaged. I am an example of someone who is surviving with only 25% of his liver functioning”.

The event also saw the presence of WHO officials who talked about the importance of the need to spread the awareness among the people and the need to detect people with the condition and making the medication more affordable for people.

Amitabh Bachchan’s influence as a social change driver has been acknowledged internationally as his anti-polio campaign in collaboration with Government of India in late 1990s helped eradicate the disease completely in the country!