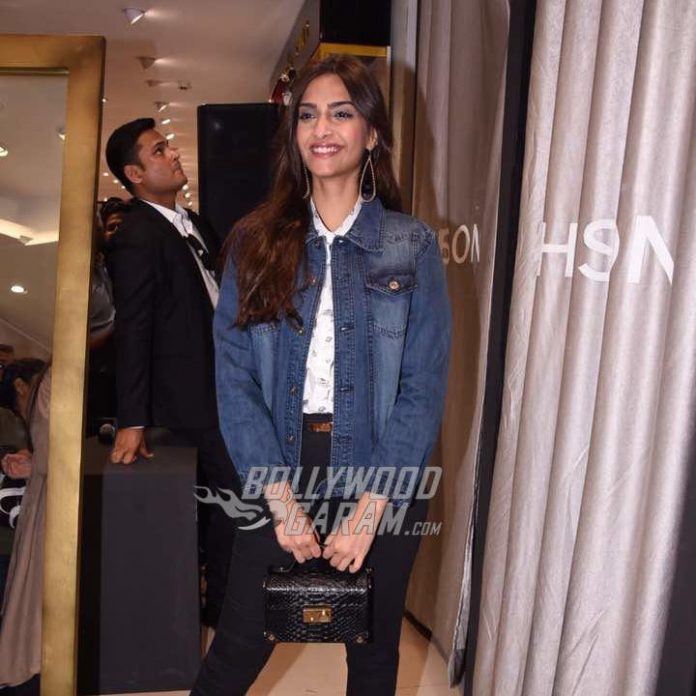 As Sonam Kapoor launches her own fashion brand RHESON in collaboration with sister and stylist Rhea Kapoor, she drops a few hints at what she will wear to Cannes this year

It’s been a busy month for Sonam Kapoor. The actress is not only juggling her schedule for shooting two films, but is also launching her own brand RHESON, in collaboration with sister Rhea at several Shoppers Stop stores. Added to this, the actress and L’Oreal Paris Global Brand Ambassador is slated to walk down the red carpet at Cannes International Film Festival 2017 in less than a week. So how is she managing all of this together? Sonam Kapoor reveals at RHESON launch today!

“I just believe in being myself. My sister styles me, but we haven’t really prepped that much this time. We have a brand that we are launching, I am shooting two films, she is making Veere Di Wedding. For the past couple of years we decided not to pressurize ourselves and just have a good time and got the best reviews because of it. So we don’t think about it much. It’s not about the status quo of being on the red carpet.” Adding further, Sonam said, “We are going for a brand. If it was for a movie, I would’ve been so stressed out I would faint on the red carpet. But because it’s for a make-up brand, I enjoy doing it. It’s about being beautiful and you look beautiful only if you’re happy inside and confident.”

While Sonam Kapoor’s look for Cannes 2017 is still tightly under wraps we can rest assured that this year is going to be unique, owing to the urban chic styles and Mogra collection unveiled by RHEASON recently.

Further, when asked about Deepika Padukone’s look at Cannes Film Festival 2017 Day 1, veteran Cannes Queen Sonam replied, “I hope she has a good time. I don’t think I should be giving any advice to someone who has already walked several international red carpets.”

Sonam Kapoor seems quite excited about her Cannes 2017 appearance and has even started a countdown to the day she walks the ramp on her official Instagram account by posting some of her favorite Cannes red carpet looks over the years. Take a look –

On the work front, Sonam Kapoor is currently shooting for Veere Di Wedding which also marks Rhea Kapoor’s directorial debut and Sanjay Dutt’s biopic. She will also be seen in PadMan opposite Akshay Kumar later this year, however, the actress has not begun shooting for her part yet.