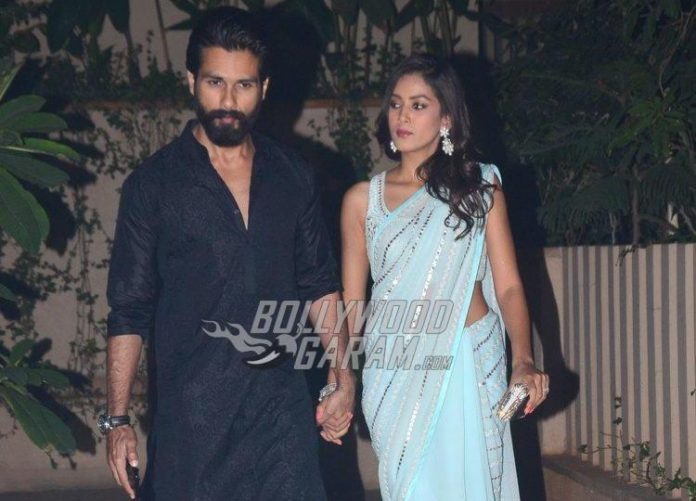 Couple who gym together, stay together – Shahid and Mira are giving us fitness-relationship goals this summer!

Shahid kapoor and Mira Rajput are not just one of the cutest but also one of the fittest couples in Bollywood. Apart from being great parents to daughter Misha, the two make sure they maintain a good fitness regime. The two have been gymming together since they got married. Shahid and Mira were spotted post a hard workout session in Mumbai on May 31, 2017.

The couple were seen chatting as they came out with their friends. Shahid was seen in a grey sleeveless shirt and Bermuda shorts with a bandanna on head while wife Mira was seen in a tank top and printed leggings.

Mira and daughter Misha had recently caught everyone’s attention when both of them were snapped at the airport and made their way to their residence in Mumbai where they were received by Shahid, who was eagerly waiting for his daughter and wife.

On the work front Shahid is currently filming for the upcoming film Padmavati by Sanjay Leela Bhansali. He will be back onscreen after about a whole year. The film also stars Deepika Padukone and Ranveer Singh. The trio had filmed a song together along with other actors for the movie Bombay Talkies‘s song Apna Bombay Talkies, and would be coming together again.

Photos of Shahid Kapoor and Mira Rajput exiting their gym –