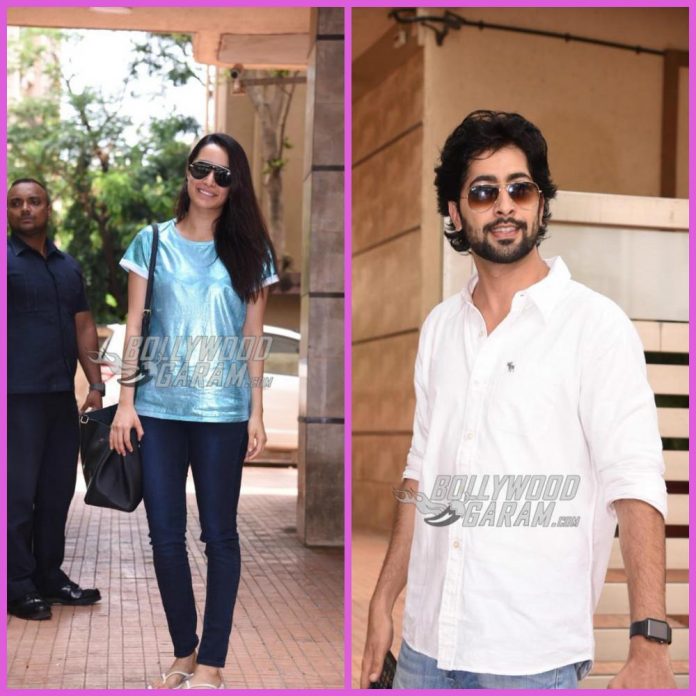 So far the audience has seen Shraddha Kapoor in girl-next-door roles. The actress will soon be seen playing the role of a don. Shraddha Kapoor, who shot to fame with the film Aashiqui 2, was snapped with co-star Ankur Bhatia from Haseena Parkar – The Queen of Mumbai, at filmmaker Apoorva Lakhia’s residence in Mumbai on June 12, 2017.

Shraddha recently shared a new poster of the upcoming film, in which she can be seen in a burkha, while showing off her fierce eyes. The poster had a caption, “Atthasi cases darj par court meinhajri sirf ek baar.”

Shraddha, during her visit to Apoorva Lakhia’s house, was snapped in a metallic blue t-shirt and a pair of denims, while Ankur, who will be seen playing the role of Shraddha’s on-screen lover, was snapped in a simple white shirt and a pair of denims. The film is directed by Apoorva and produced by Nahid Khan. The makers of the film had earlier planned for a release on July 14, 2017 but it has now been delayed to July 28, 2017.