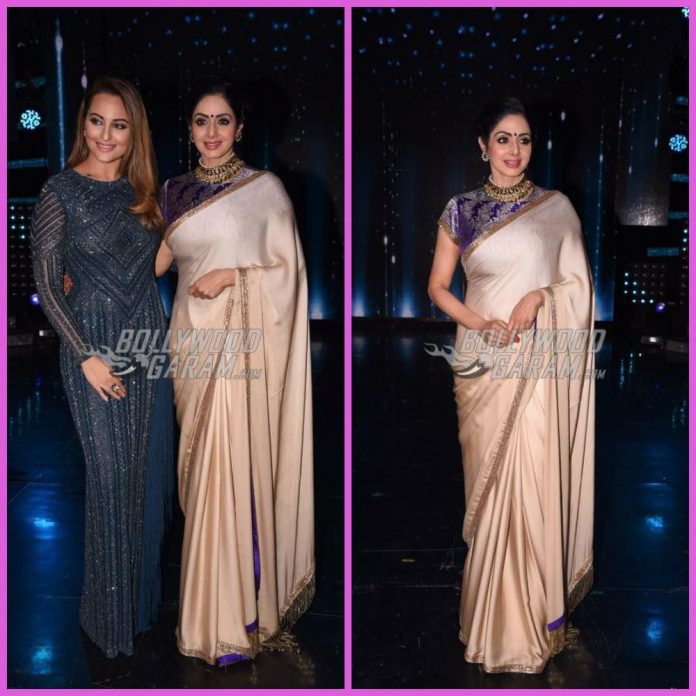 Veteran actress Sridevi appeared on the sets of the celebrity dance reality show Nach Baliye 8, in Mumbai on June 13, 2017. The 53 year old actress looked gorgeous in a light golden sari and a purple blouse. The sets also saw the presence of the judges Sonakshi Sinha, Terence Lewis and Mohit Suri.

Sridevi was on the sets to promote her upcoming film MOM which is ready to be released in theatres on July 7, 2017. The upcoming thriller film is directed by Ravi Udyawar and produced by Boney Kapoor, Sunil Manchanda, Naresh Agarwal and Gautam Jain. The story is about a mother played by Sridevi, who gears up to save her daughter from controversies.

The film also stars Nawazuddin Siddiqui and Akshaye Khanna. Meanwhile, The English Vinglish actress has also been roped in for the sequel of the blockbuster film Mr. India. The film Mr. India had Sridevi and Anil Kapoor in lead roles and also featured Ahmed Khan and Aftab Shivdasani as child actors.