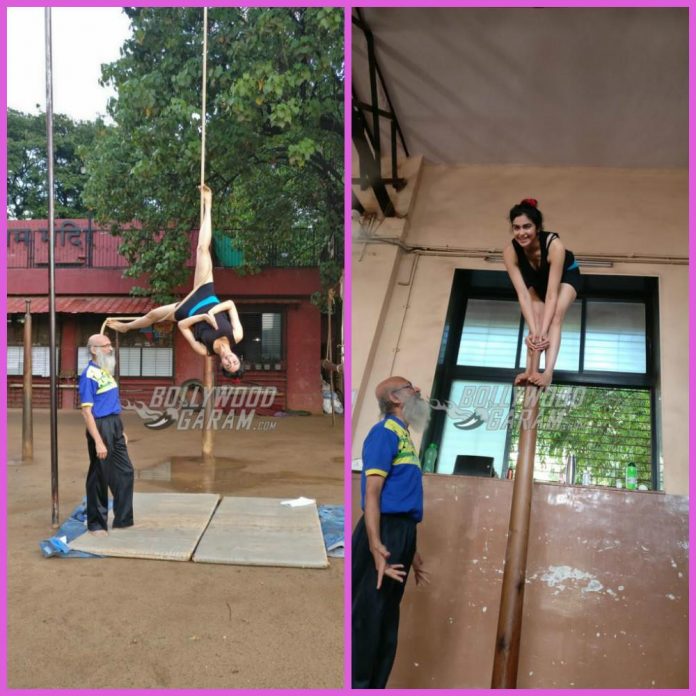 Bollywood actress Adah Sharma tried out Mallakhamb and the images of her on the pole are spectacular! Not many are aware that apart from being an actress, Adah learns Mallakhamb with her mother from their instructor Uday Deshpande. The actress, who is also a classical dancer, was snapped performing the art in the presence of her instructor.

The Commando 2 actress was also seen showing off her skills in aerobics on a rope. Adah was last seen in the film Commando 2 and is mostly seen in Tamil, Telugu and Kannada films. The actress made her debut in Bollywood with the horror film 1920, through which she earned a nomination for Best Female Debut at Filmfare awards.

Adah has also worked in the films like Hasee Toh Phasee, Hum Hain Raahi Car Ke and Phhir. The actress ventured in to southern films after the release of the film Hasee Toh Phasee. After entering south film industry, most of her movies proves to be a box office success. Some of the hit movies include Rana Vikrama and Garam.