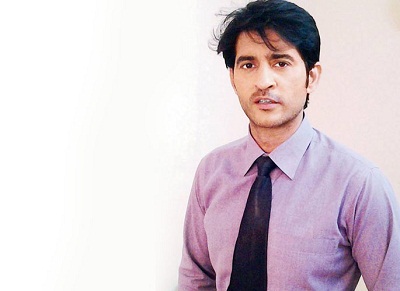 TV actor Hiten Tejwani – who is these days seen in the series ‘Pavitra Rishta’ – will soon be starring opposite Bollywood actor Akshay Kumar, in the movie titled ‘Its Entertainment’. The upcoming movie will mark the debut of writer duo Sajid-Farhan as directors.

In the past, the duo wrote dialogues for the blockbuster movies like ‘Bol Bachchan’, ‘Ready’, ‘Golmaal Returns’, ‘Housefull 2’ and ‘Golmaal 3’. In the movie, Hiten will be making a small cameo. While talking about the role, the actor said that it is a small role and he will be playing a small-screen actor.

Tejwani went on to say that he did the movie due to his relation with the filmmaker Ramesh Taurani. Hiten has already started shooting for the role and is quite happy about his part. The movie is produced by Taurani and it stars Akshay Kumar, opposite actress Tamannah Bhatia, who made her Bollywood debut in ‘Himmatwala’.

The movie is scheduled to be released in March 2014. For the time being, Hiten is playing the role of Manav Deshmukh in the series ‘Pavitra Rishta’. Tejwani also hosts the crime-based show ‘Saavdhan India’. Earlier, the actor has also been a part of many daily soaps like ‘Kutumb’ and ‘Kyunki Saas Bhi Kabhi Bahu Thi’.