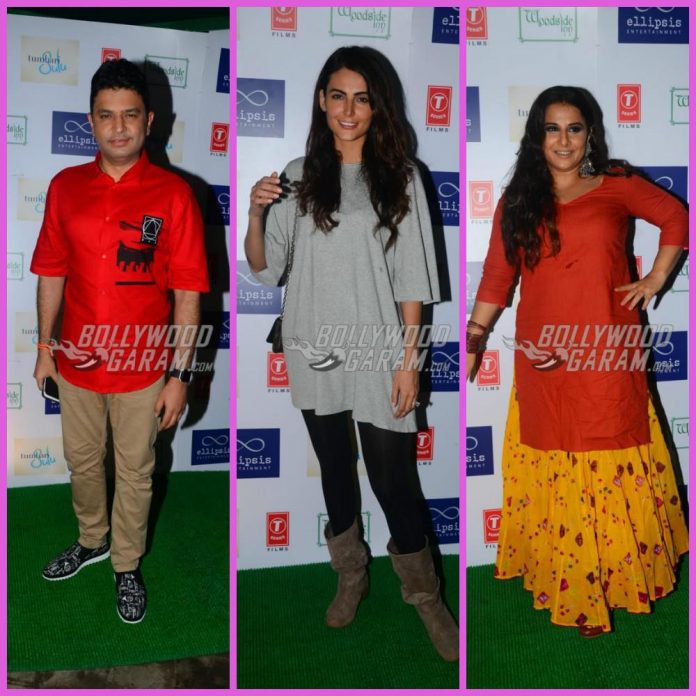 The entire team of upcoming film Tumhari Sulu was snapped in celebration mode as they wrapped the shoot. The cast and crew including Vidya Balan, Suresh Triveni, RJ Malishka, Manav Kaul and others were seen celebrating the completion of the much awaited film. The party was hosted by Krishan Kumar, Bhushan Kumar, Tanuj Garg, Atul Kasbekar, Shanti Sivaram Maini and others.

The venue where the party was hosted, had a special menu with cocktails named after the characters of the film. The producers of the film, at the wrap up party, talked about Tumhari Sulu and said, “It is a film made from the heart for youngsters and families alike. We’ve had the most incredible time shooting it. The energy and vibe on set will show on screen. The cast and crew had an epic night at Woodside and are entering the post-production phase of the film with a big smile on their face.”

Vidya was seen in a casual orange kurta and a long yellow skirt. The film is ready to be released in theatres on December 1, 2017.