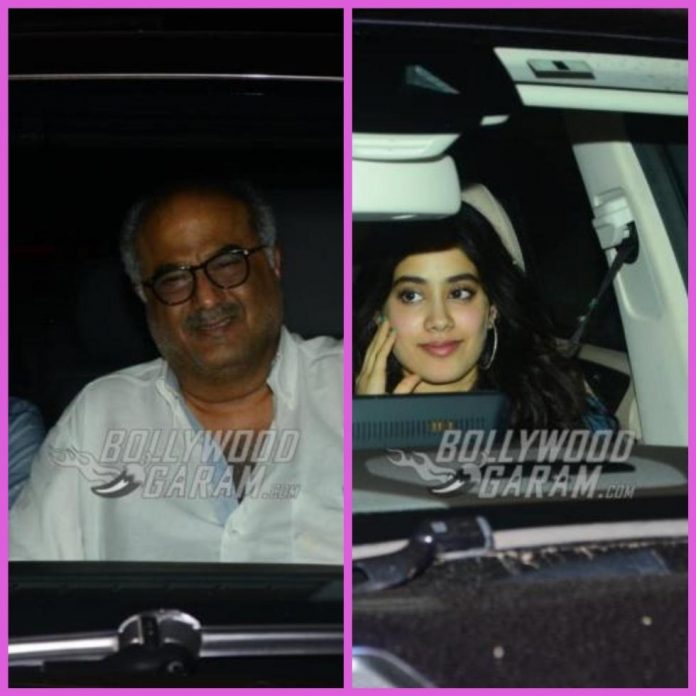 B’Town celebrities were photographed attending the special screening of the film MOM starring Sridevi and Akshaye Khanna in Mumbai on July 4, 2017. The special screening saw the presence of Jhanvi Kapoor, Rekha, Khushi Kapoor, Boney Kapoor, Ishaan Khattar, Tabu and others.

Actress Sridevi was seen with her entire family for her support at the screening event. The film MOM is ready to be released in theatres on July 7, 2017. Rekha was seen in her signature white and golden sari with heavy make-up and greeted the paparazzi with a Namaste.

The upcoming film MOM also stars Nawazuddin Siddiqui, Abhimanyu Singh, Sajal Ali and Adnan Siddiqui. Sridevi in a recent interview was asked of her daughters asked her for fashion advice, to which she said that she takes inspiration from her daughters many times and they often share their views with each other and she enjoys that. Sridevi’s daughter and Shahid Kapoor’s brother Ishaan Khattar will be seen doing a film together soon.