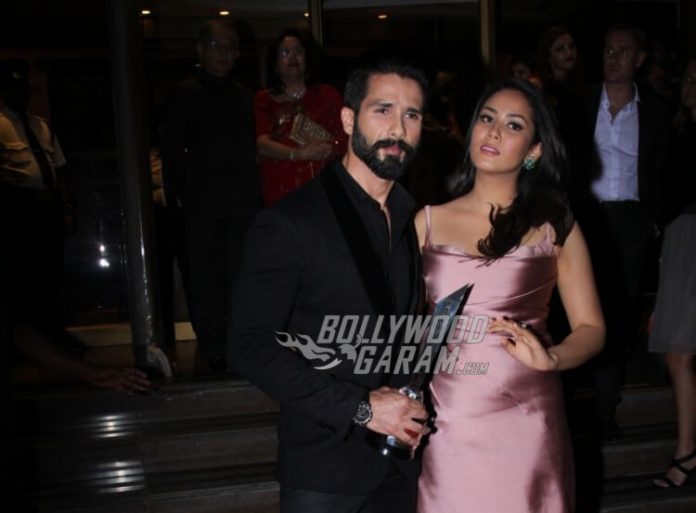 Shahid Kapoor had broken several hearts when he got married to Delhi based girl Mira Rajput, a non celebrity, in an arranged marriage in 2015. Since then the two have been moving strong with each other and are also parents to an adorable daughter, Misha Kapoor born in 2016. As the couple celebrates their second anniversary on July 7, 2017, Shahid shared a special picture of the two on social media.

The Jab We Met actor and Mira make one of the most beautiful couples in the industry and are often photographed on the red carpet, restaurants and even hit the gym together. Mira Rajput managed to win the hearts of the audience when she appeared on an episode of Karan Johar’s Koffee With Karan. Shahid and wife Mira displayed their intense chemistry while on the show and Mira’s energy had left Karan amazed.

However, there were a few bumps, when Mira was criticized for her comment at an event when she said she does not want to be like working women who spend just a few hours with their kids and rest in the office. Her comment had resulted in a few grudges from a section of people on the internet but soon, Shahid and Mira clarified her stance about the statement.

Here’s wishing Shahid and Mira many more years of togetherness.