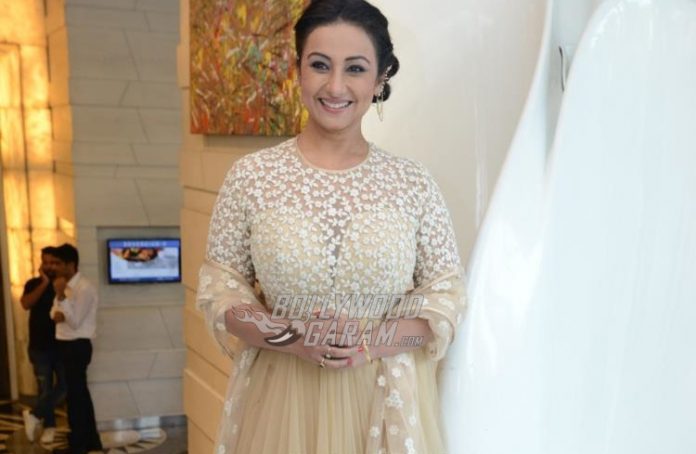 The makers of the film Babumoshai Bandookbaaz launched the trailer at an event which introduced the characters. The film stars Nawazuddin Siddiqui, Bidita Bag, Divya Dutta and others in lead roles. Reports stated that the actress walked out of the trailer launch event after she was left ignored. The actress was snapped having a talk with the team and was seen leaving the venue in tears.

However, the Badlapur actress rubbished the reports and said that she was getting late as she had other commitments lined up. Divya while talking to a leading daily said, “I have passed that stage in life, really. I have been around for twenty years! I left because it got late and I had other commitments. Before leaving I spoke to the director, Kishan Nandy. If I had felt like that (left out), I would go up on stage anyway!”

The actress added, “This is funny to hear, why would I cry? I am so happy with the way the film has come out, I loved the trailer and I loved being a part of the film!.” There were also reports that Divya’s character in the film is based on the late chief minister of Tamil Nadu Jayalalitha. Divya Dutta will be seen playing the main antagonist.

The trailer of the film looks impressive and shows some fine performances from Nawazuddin Siddiqui and Bidita Bag. Even Divya’s screen presence in the trailer is noteworthy. The trailer launch of the film Babumoshai Bandookbaaz was a grand event and saw Nawazuddin and Bidita in the limelight as they posed for the cameras. The film is directed by Kushan Nandy and jointly produced by Kiran Shyam Shroff and Ashmith Kunder and is ready to be released in theatres on August 25, 2017. Nawazuddin will be seen playing the role of a sharp shooter.