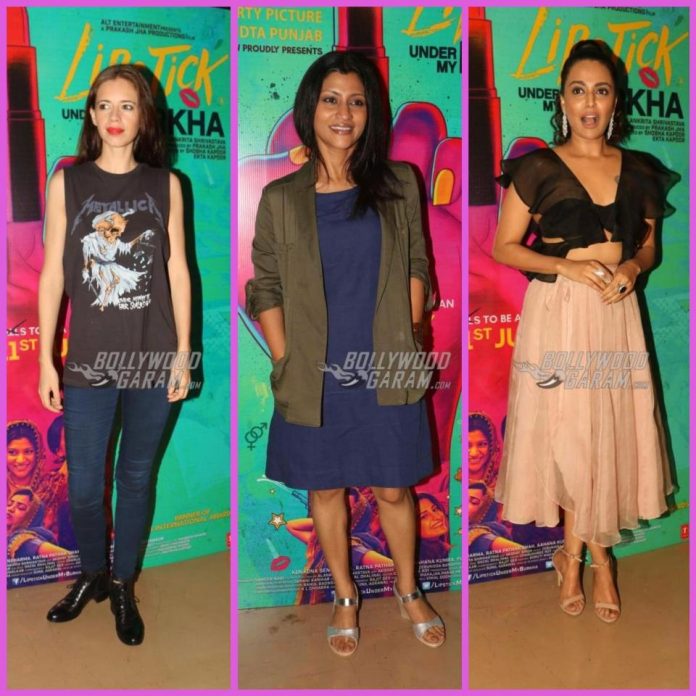 Celebrities from Bollywood were photographed attending the special screening of the film Lipstick Under My Burkha in Mumbai on July 18, 2017. The controversial film before getting a release date, had to undergo various obstacles when the CBFC had refused to certify the film.

The trailer of the film became popular among the audience and created a buzz on the social media for its bold subject. The story of the film is about the struggle of four women and about their different struggles with life. The film stars Konkana Sen Sharma, Ratna Pathak Shah, Ahana Kumra, Plabita Borthakur, Sushant Singh, Vikrant Massey and Shashank Arora.

The screening event saw the presence of Kalki Koechlin, Swara Bhaskar, Tisca Chopra, Dipannita Sharma, and others. The film will be released on July 21, 2017 and is directed by Alankrita Shrivastava. Prakash Jha has donned the hat of a producer, who has also accompanied the cast on various promotional events.