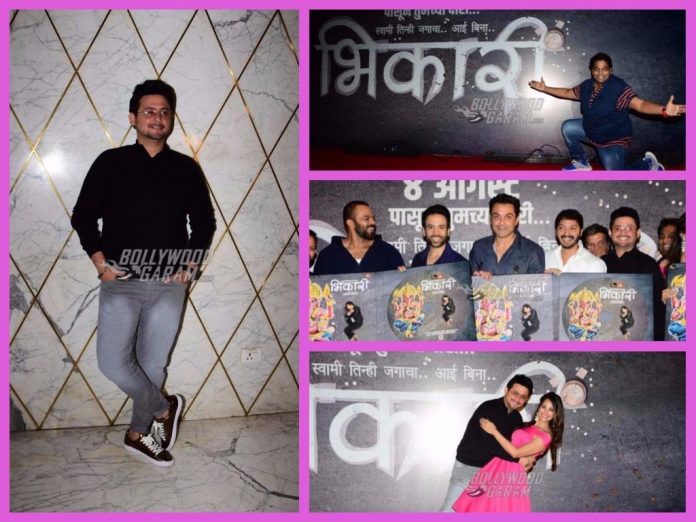 The mahurat clap of the film was given by the Bollywood megastar Amitabh Bachchan. To the ashtonishment of everyone, Ganesh Acharya has shed tremendous amount of weight and is set to take the Marathi film industry by storm with his latest, Bhikari!

Take a glimpse at the stars who graced the event –